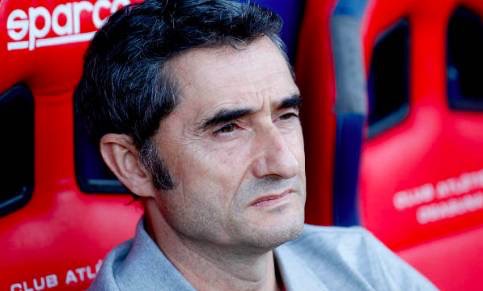 Barcelona coach Enersto Valverde has admitted that his charges were “awful” in last night’s 2-2 draw with Osusana.

The Catalan giants, who were without the inspirational duo of Leo Messi and Luis Suarez, dropped points for the second time in LaLiga this season and also fell behind for the third game in a row this season, leaving the Spaniard unimpressed.

“We did not play well at all, we were awful,” the 55-year-old said after the game according to Reuters.

“They went ahead and we couldn’t get close to their area. Then we dominated the play in second half, we took the lead and had the game in our hands but they came back at us and levelled with that absurd penalty,” he added.

“We cannot afford to let a game like this one slip, we should have been more assertive on the pitch and kept on attacking,”  explained Valverde.