Action as it happened: Zimbabwe vs Somalia 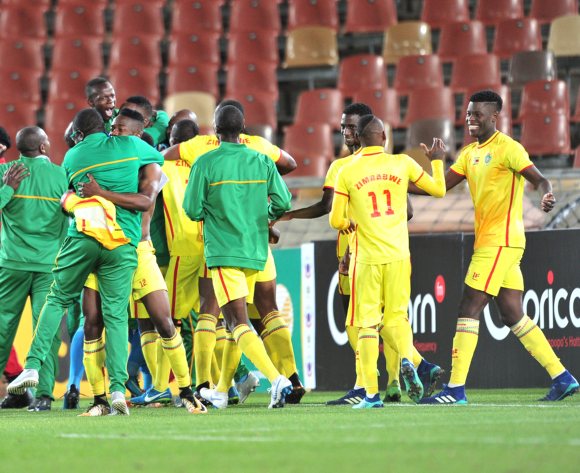 Follow our live coverage of the second leg of the 2022 World Cup Preliminary Round Qualifier between Zimbabwe and Somalia.

84′ Goal!!! Mutizwa restore the lead for Zim after his free-kick from the edge of the box took a deflection.

83′ Goal!!! Somalia scores following a mistake at the back by Hadebe.

80′ Free-kick to Zim, Billiat swings it in but it’s cleared.

76′ Goal!!! Munetsi finishes off a corner-kick with an acrobatic kick.

70′ Corner-kick to Zim, Billiat takes it and Mudimu’s header goes over.

65′ Rusike and Mutizwa with some great inter-play but Rusike’s attempt from outside the box goes over.

60′ Zim getting frustrated as they fail to get a goal.

56′ Mutizwa with a chance but his effort is tipped over by the keeper.

52′ Lunga breaks away, but his attempt to cross sees him losig balance and hits off target.

50′ Augusto fails to keep the ball while advancing for goal, it goals out.

47′ Somalia break away but the attack ends in a goalkick.

46′ Zim gets the second half underway.

* A dominant first half by Zimbabwe, launching a couple of threatening raids but the Somali defence is doing great to thwart them. Their keeper also made a number of brilliant saves to keep his side in the game. At the other end, Chipezeze has not went under any pressure in the first half.

45+ 3′ Munetsi with a good cross and an unmarked Lunga is at the end of it inside the box but his first time shot goes wide.

45+1′ Another raid by Zimbabwe but Mahachi’s shot from inside the box is blocked.

44′ Karuru breaks free and shoots at goal but keeper reacts quickly and goes down to block the strike.

41′ Another free-kick to Zim on the edge of the box, Billiat behind it again but strikes over.

37′ Free-kick to Zim on the edge of the box, Billiat takes it but misses the target by inches

.32′ Mahachi with a through pass to Augusto but the keeper reaches for the ball first. Infringement on the keeper and play is temporarily stopped.

27′ A counter attack from the left flank with Mahachi cutting the ball back to find Billiat in the box but his shot is blocked.

25′ Billiat picks a loose ball on the edge of the box but his first-time shot goes wide.

21′ Somalia’s Abduli tries from a range but his effort goes wide.

18′ Billiat breaks away and strikes a grounder straight to the keeper.

16′ Free-kick to Zim, swung into the box and Munetsi is at the end of but his tame strike is saved.

15′ Zimbabwe dominating the first quarter-hour of the game but with few clear chances.

14′ Rusike with the first real chance of the game, but his shot from an acute angle is tipped over by the keeper, the corner-kick is cleared away.

10′ Nekati beats his marker going forward, crosses the ball to find Khama waiting inside the box but his first touch is too heavy and goes to his hand for a handball.

8′ Corner-kick to Somalia, played short but it results in an offside.

7′ Munetsi picks up a loose ball but his through ball is too heavy for Karuru.

5′ Corner-kick to Zim, Khama takes it but it cleared away.

4′ Nice build-up from the left flank but Karuru’s cross is cleared.

1′ Somalia gets the match underway.