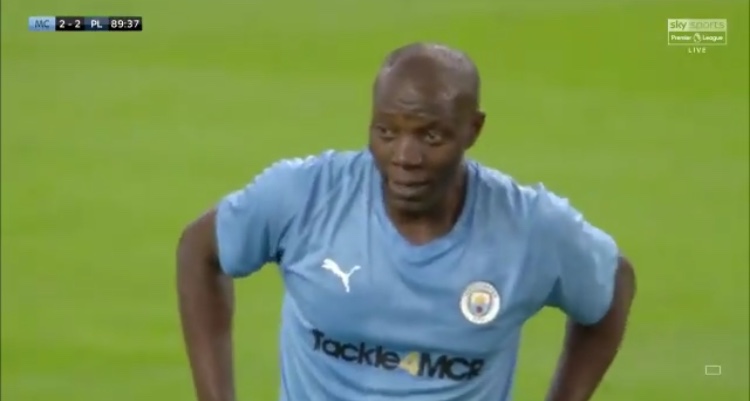 The former City midfielder rose high to head home the Pep Guardiola-coached City legends side to make it 2-2 after they had trailed 2-1 through goas from Robie Kean and Robbin Van Persie.

He headed from a free-kick from outside the area past Shay Given, much to the delight of Gurdiola and Kompany, who could could not play in his own testimonial mathc due to injury.

The match ended in a 2-2 stalemate.