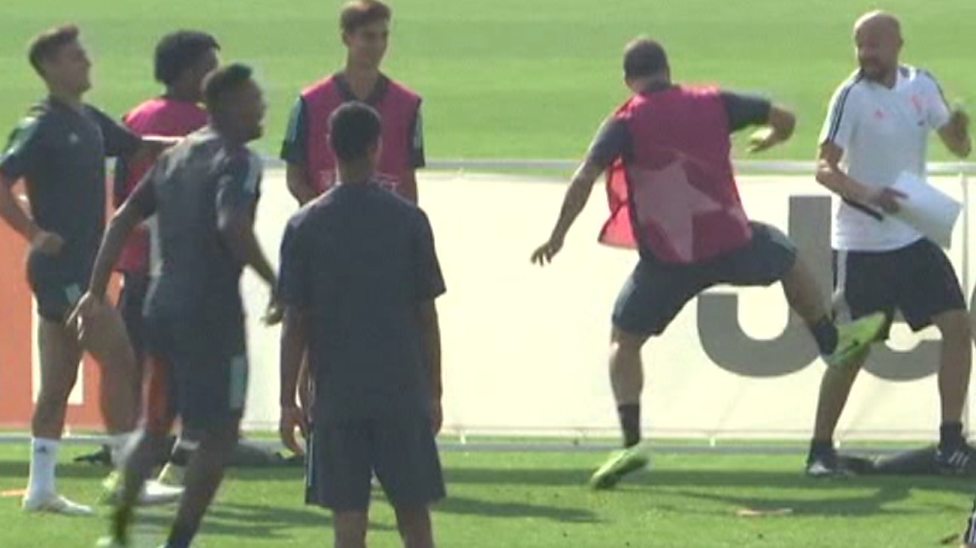 Juventus striker Gonzalo Higuain lost his temper during a recent training session and kicked an assistant coach and an advertising board.

The Italian side is preparing for the Champions League game against Atletico Madrid on Wednesday.

The 31-year-old was seen reacting angrily after failing to chase down a ball. The forward appeared to aim a kick at a nearby coach before putting his foot through a nearby hoarding.