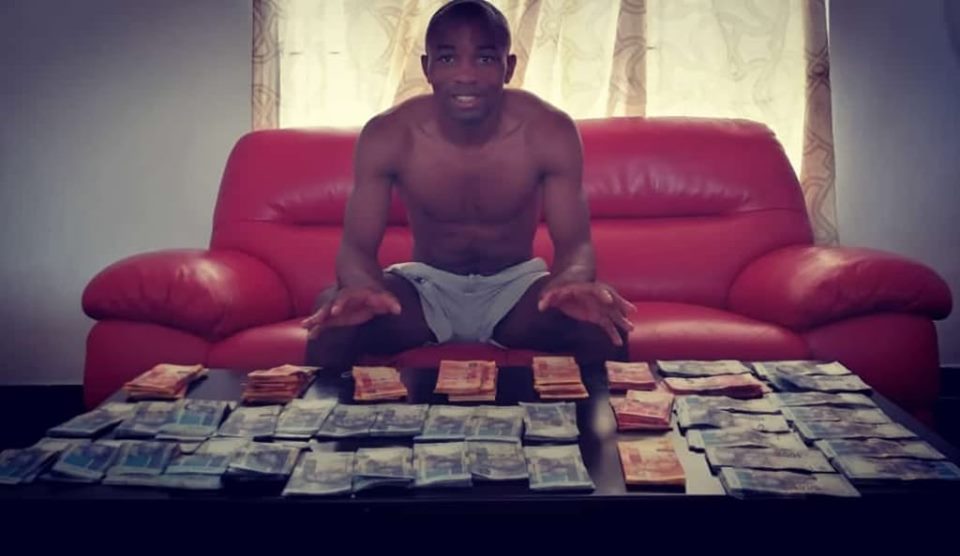 A picture of Maritzburg United forward Gabriel Nyoni surfaced on Social Media on Friday, and it has brought mixed reactions among his fans.

Nyoni was captured in the image counting money which was spread over the table. The picture caused an uproar with several people criticising him for show-off.

But the 27-year-old’s wife, Chivaraidzo, has explained what was happening and also apologised.

According to her, the picture was shot when Nyoni was counting money for his young sister’s operation.

She posted on Twitter, saying: “Apologies to my husband and everyone affected by this picture which is now circulating on social media.

“I took it when he was counting money for his young sister’s operation which is due tomorrow (sic). 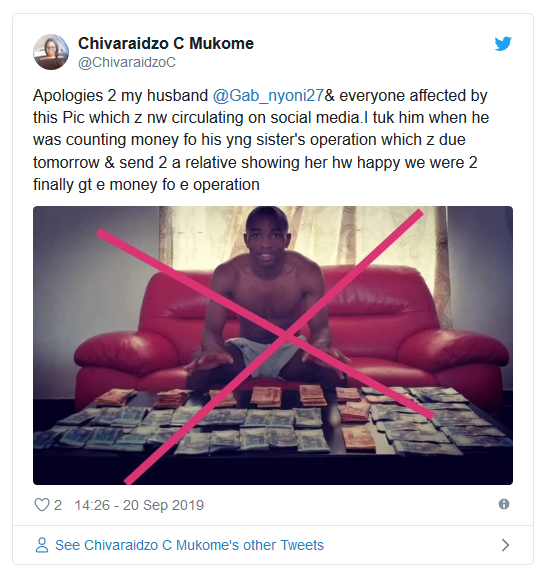 Nyoni, however, seemed unfazed with the leaked picture.

He responded to his wife’s tweet saying: “No worries, everyone is entitled to their own opinions whether positive or negative. That is how it is. Let’s work on getting what needs to be done, done. Focus is important.”

Meanwhile, the speedy winger has been out action for some weeks now after suffering an injury at the end of last month.