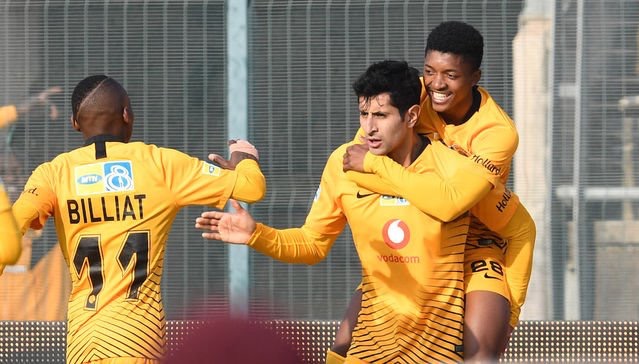 Kaizer Chiefs are back at the summit of the ABSA Premiership table after a hard-fought 2-0 away win over Amazulu today.

Chiefs could not penetrate the Amazulu backline for most of the game but Castro finally broke the deadlock when he reacted quickly to a Lebogang Manyama free-kick which had hit the upright.

Billiat put the final nail on the Amazulu coffin when he finished off from a Kearyn Baccus pass in stoppage time, his first goal this season.

Consequently, Amazulu remain bottom of the table with a paltry two points from 6 matches as their woes in the 2019-20 campaign continue.