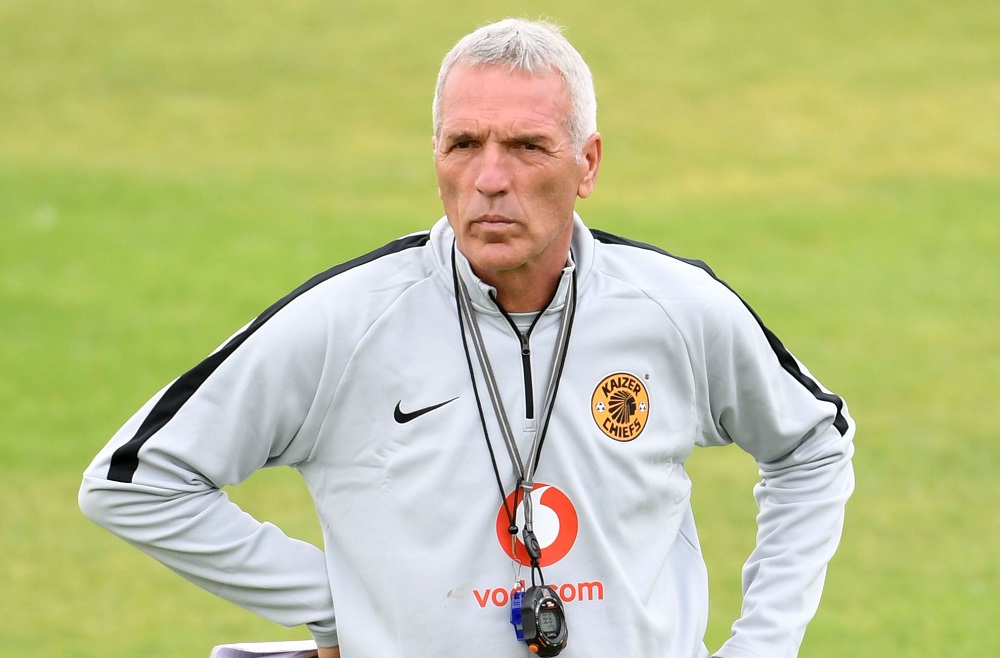 The gaffer, who in this month questioned Khama Billiat’s involvement in the Warriors game against Somalia, recently made more headlines after he criticised midfielder Siphelele Ntshangase on the radio.

Middendorp was quoted as saying on SAfm: “I don’t think Ntshangase is close to breaking into the starting team. He likes to pass, pass, pass, pass and then pass again. It looks nice but I’m sorry, football is about goals and results.”

The remarks were not received well by the fans who blasted the coach.

But, according to KickOff.com, Motaung has come to the defence of their coach.

“Issues of how he handles the media, obviously we do have discussions with them but coaches are emotional,” Motaung said.

“Sometimes the response comes from the challenges they are faced with, so it’s normal. If you go to Europe and everywhere, coaches have got their way of responding to things.

“We don’t go into details on how we assist them with communicating, it’s an ongoing thing. It’s just the way football is and that’s the way coaches are sometimes, there’s nothing wow about it.

“It’s a question of how we address it, but it’s not a train smash, it’s something we’ve dealt with. As I said, it’s an emotional game, it’s normal.”