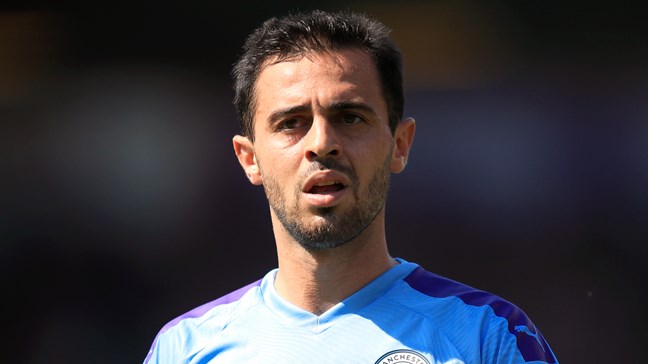 Manchester City forward Bernardo Silva faces a potential six-match ban after the FA charged him with “aggravated misconduct” over his “racist” tweet towards team-mate Benjamin Mendy.

Silva landed in the hot soup after he sent an image of Mendy as a schoolboy alongside a cartoon-like symbol of Spanish chocolate brand Conguitos. 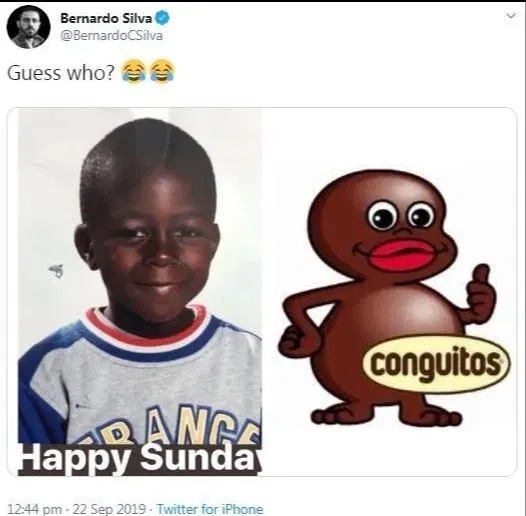 The picture seemed to have not offended Mendy who insisted it was just a joke but anti-racism campaigners Kick It Out demanded action.

Silva has until next Wednesday to respond.

Here is a statement by the FA:

Bernardo Silva has been charged with misconduct for a breach of FA Rule E3 in relation to a social media post on 22 September 2019.

It is alleged that the Manchester City player’s activity breaches FA Rule E3(1) as it was insulting and/or improper and/or brought the game into disrepute.

It is further alleged that the activity constitutes an “Aggravated Breach”, which is defined in FA Rule E3(2), as it included reference, whether expressed or implied, to race and/or colour and/or ethnic origin.

The midfielder has until 9 October 2019 to provide a response.