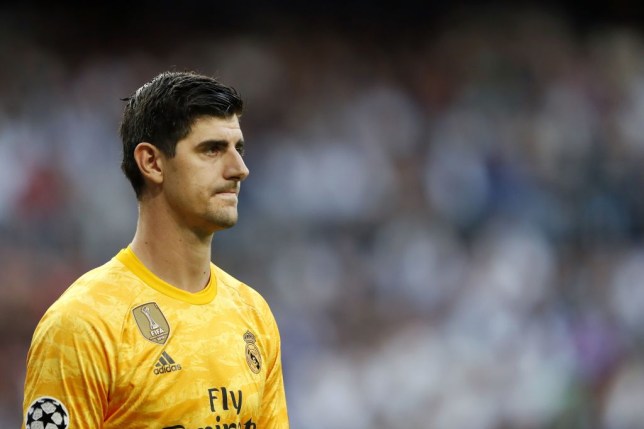 Real Madrid coach Zinedine Zidane has explained why he took off Thibaut Courtois at half-time in Real Madrid’s 2-2 draw against Club Brugge in the Champions League on Tuesday.

The Belgian goalkeeper was substituted following a dismal first 45 minutes and was replaced by Alphonse Areola who made some good saves in the second period.

According to Zidane, changing Courtois at the break had nothing to do with his performance, but the keeper was suffering from a stomach problem.

“Courtois is in a bad way and could not continue for the second half,” the coach said after the game. “He is the Real Madrid goalkeeper alongside Areola.

“Everyone can have an opinion; I am not going to get involved. We all need to be ready like he was in the past three matches. I am not worried at all. He wants to do well.”

Madrid went to half-time trailing 2-0 after Emmanuel Dennis scored twice. They managed to come back into the game in the second half and forced a draw through the goals of Sergio Ramos and Casemiro.

“We can blame Thibaut, but here we are all in this together and I am the main culprit. For this, I am happy with the second-half reaction. At half-time, I said if we carried on like that, we would lose the match and we had 45 minutes to change the result.

“We produced a bad first half but, in the second, we had a better attitude, went in search of the victory and changed the match. We had more heart and courage,” added Zidane.