I don’t want Kaitano to lose his job: Pitso 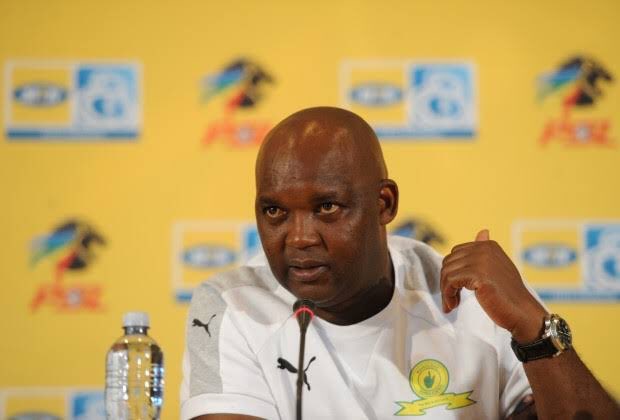 Mamelodi Sundowns coach Pitso Mosimane has revealed that the will be rooting for SuperSport United to win the MTN8 Cup because he does not want Kaitano Tembo to lose his job.

Matsansansa face Highlands Park in the final at the Orlando Stadium and the Zimbabwean coach risks losing his job if he fails to win the knockout competition, something which Mosimame does not want to happen for various reasons.

“I would like Kaitano [to win] because he is my former player and also to be his first trophy. It’s always good because I don’t like this thing of coaches being sacked,” said Mosimane according to Kick Off.

“I don’t want him to lose his job because South African coaches are being sacked and losing jobs to coaches from outside. I am not saying we must not get coaches from outside, but I am being patriotic. I am looking after my people because I was born and bred here. I was raised in the in the township,”

“So they deserve a chance. I don’t want Kaitano to lose his job. I think for him to hang around a bit, it will give him a caution if he wins it. Owen [Da Gama] will not lose his job if he loses [on Saturday] because he has done a lot for that club.” he added.