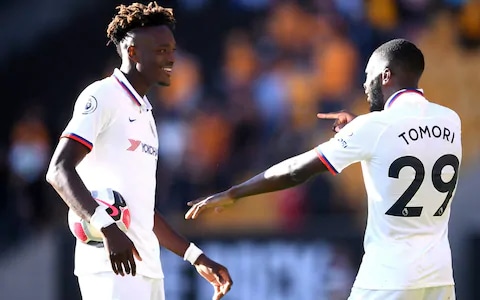 Nwankwo Kanu has told the Nigerian Football Federation (NFF) to move on from the disappointment of losing Chelsea stars Tammy Abraham and Fikayo Tomori to England.

The duo was named in the squad for the Euro 2020 qualifiers against the Czech Republic and Bulgaria later this month.

Kanu told AFP that Nigeria should “move on” and still had enough top players to cope with missing out on the two Premier League stars.

“That’s football and I think we have enough quality and we can win matches without them,” said the former Super Eagles skipper.

“We can’t continue to beg one player to play for us. Nigeria cannot beg, players have to beg Nigeria.”

The NFF had made efforts to lure Abraham to play for the Super Eagles. The 22-year-old is eligible through his Nigerian father.

In the past, Nigeria have convinced players like Victor Moses and Sone Aluko, who played for England at youth level, to represent the West African nation.