Hazard off the mark in LaLiga as Madrid reclaim top spot 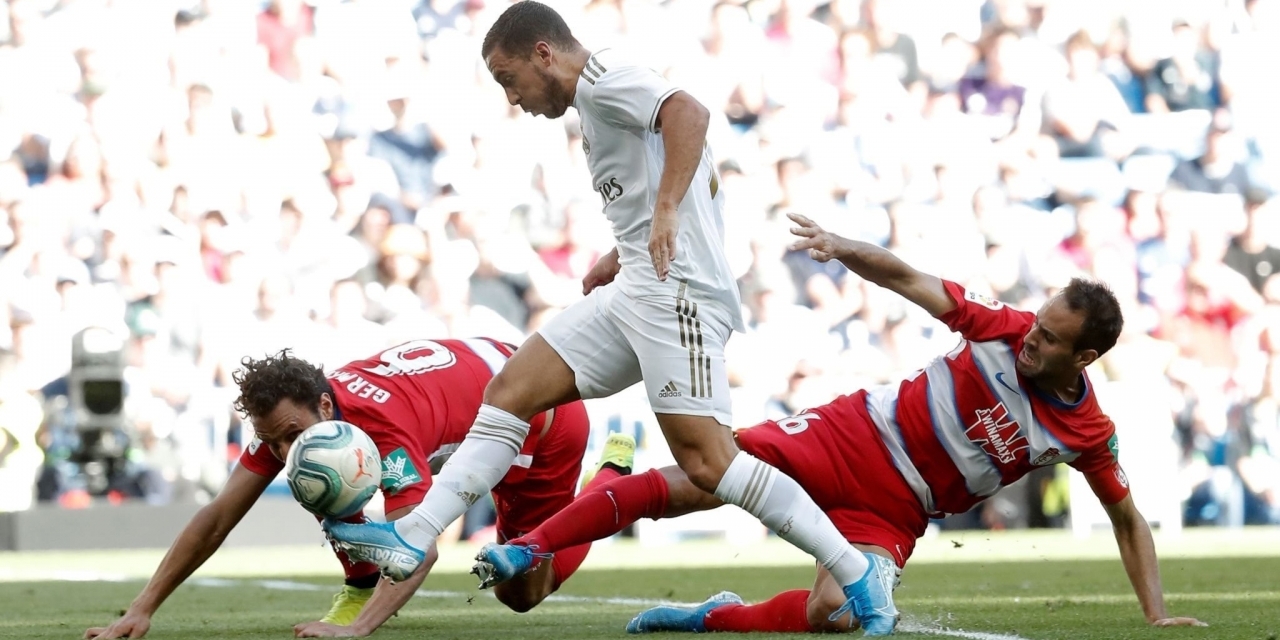 Belgian star Eden Hazard scored his first goal for Real Madrid in their 4-2 win over Granada at the Santiago Bernabeu today.

The former Chelsea man, who had been heavily criticised for his ‘slow start’ to Spanish football of late, doubled Los Blancos’ advantage in first half time added on after Karim Benzema had put them in front in the second minute.

Croatian midfielder Luka Modric put Zinedine Zidane’s men further ahead after coming on to replace the injured Toni Kroos, making it 3-0 before Granada threatened to mount a remarkable come back, scoring two quick goals in ensuring a nervy finish at the Bernabeu.

James Rodriguez then put the final nail on the Granada coffin, making it 4-2 and ensure Real go four points clear of city rivals Atletico, who travel to Valladolid tomorrow.