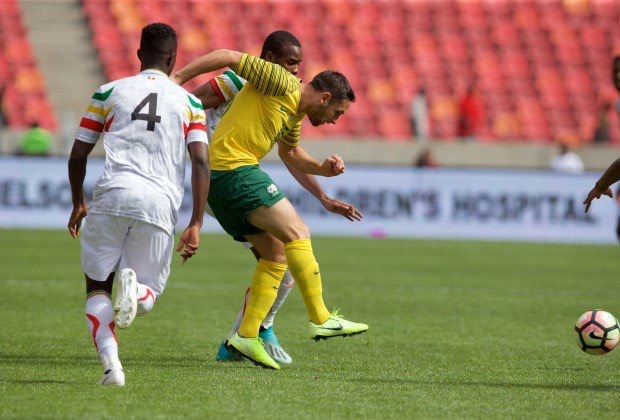 New Bafana Bafana coach Molefi Ntseki is off to a winning start after his charges defeated the Eagles of Mali 2-1 in the Nelson Mandela Challenge in Port Elizabeth today.

Themba Zwane and Kermit Erasmus’ first half goals were all that Bafana Bafana needed to sail past Mali in front of a respectable crowd at the Nelson Mandela Bay Stadium.

The West Africans got their goal from Sekou Koita in the 74th minute.