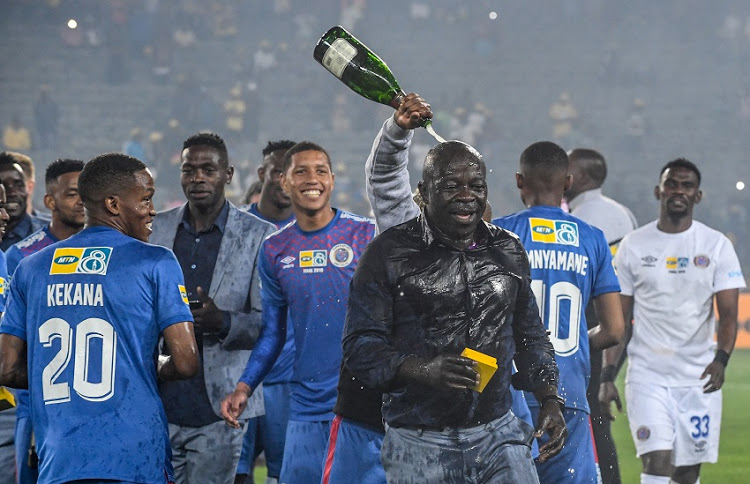 SuperSport United have started negotiations for a new improved contract with coach Kaitano Tembo who led the club to an MTN8 title two weeks ago.

The Zimbabwean gaffer’s current deal ends in the mid of next year, and he is set to sign a two-year extension.

Club CEO Stan Matthews confirmed the news on SowetanLive.co.za on Wednesday, saying the former Warriors international has strengthened his case for an improved offer after winning the silverware.

He said: “We are in discussions with him about a two-year extension.

“I think we all know what happened to Eric Tinkler after he won the MTN8.

“No one wants to get ahead of himself but Kaitano delivered us a trophy and every coach who delivers us a trophy will be offered an improved or an extended contract.

“Kaitano will be no different.”

Matthews is confident the deal will be completed before the end of the season.

“I am pretty confident that he will get a contract extension and hopefully we will wrap that up by the end of the year‚” he said.

“At the beginning of his tenure‚ he signed a two plus two contract with us and this is his second year.

“He has earned (the right) to be offered an extension and we would like to improve it‚ but everything is in his hands.”