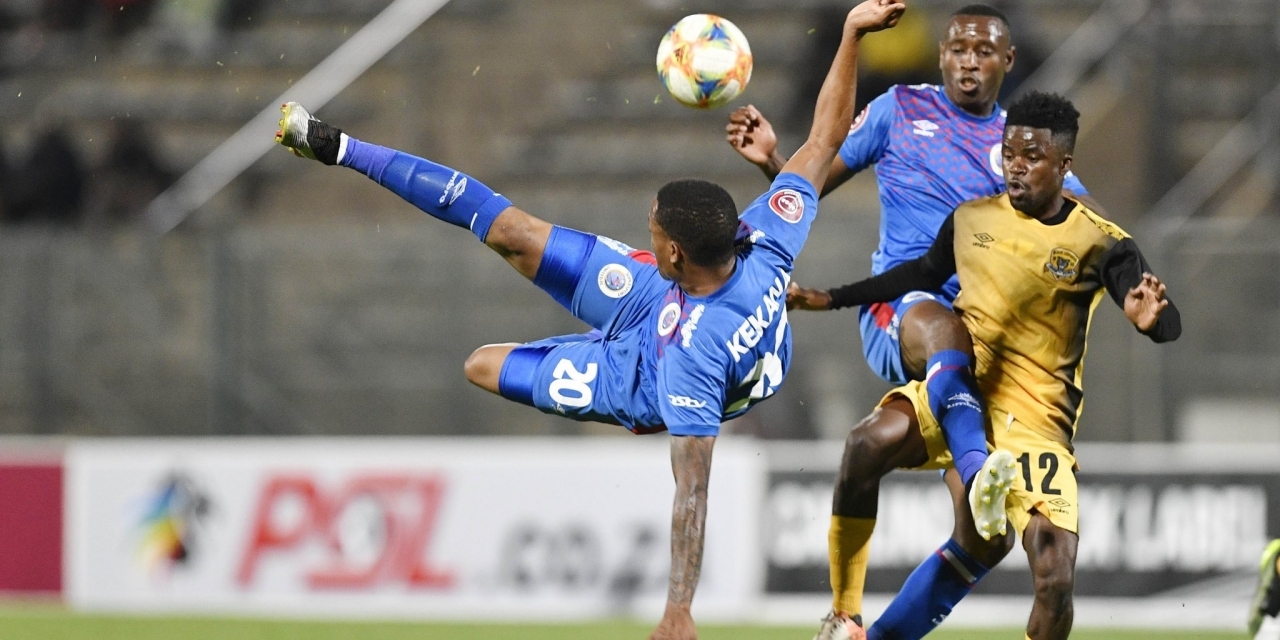 Kaitano Tembo’s SuperSport United played out a 2-2 draw with Black Leoaprds in an ABSA Premiership match at the Lucas Moripe Stadium today.

Matsansansa went ahead with half an hour on  the clock when Aubrey Modiba tapped in from a Onismor Bhasera cross. Leopards restored parity less than 10 minutes later and the two sides went into the break level.

Tembo’s men went back in front in the 61st minute when Thamsanqa Gabuza tapped in. That looked to be the match winner, until SuperSport conceeded a penalty with three minutes of regulation time left of play and the two sides settled for a draw.

The Warriors duo of Evans Rusike and Kudakwashe Mahachi both came off the bench in the second half.