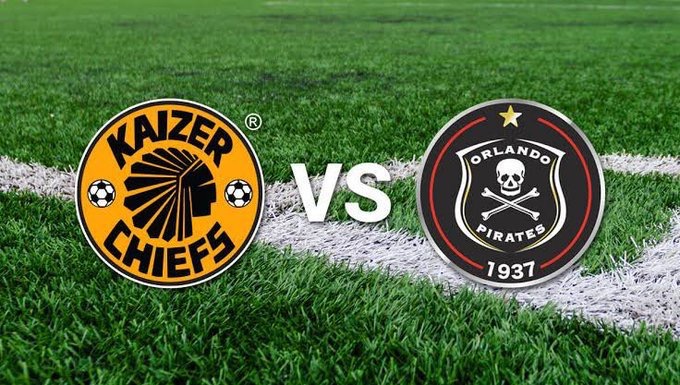 Battle lines have been drawn as bitter-rivals Kaizer Chiefs and Orlando Pirates clash in the latest installment of the Soweto derby at the FNB Stadium today.

The two giants meet for the second time in seven days after locking horns last week in the quarter-final of the Telkom Knockout, in which Amakhosi came out tops courtesy of a Daniel Akpeyi-dominated penalty shootout victory.

Chiefs maybe firing from all cylinders in the league and 7 points clear at the summit of the table but today’s game might just be a different dimension for the Ernst Middendorp-coached outfit.

They welcome back the attcking pair of Khama Billiat and Lebogang Manyama, who both did not travel to Port Elizabeth for the 2-0 win over Chippa United due to precautionary messures taken by the club’s medical team ahead of the derby.

Pirates on the other hand, will be hoping that hitman Thembinkosi Lorch, will rediscover his touch, which has seen him become a household name in the ABSA Premiership.