Guardiola explains post-match gesture towards referee after losing to Liverpool 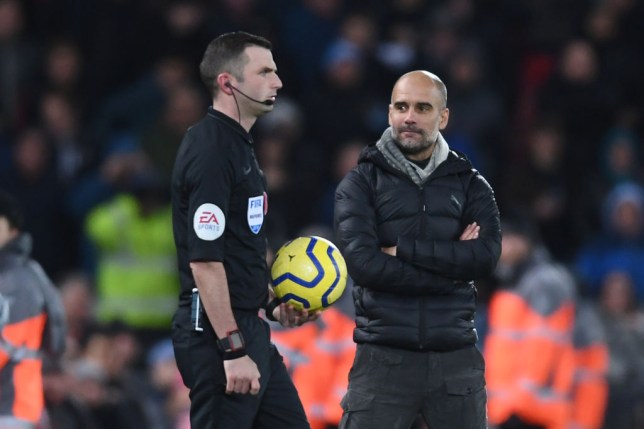 The gaffer was caught on camera shouting “Thank you so much” in sarcastic fashion as he shook hands with the match official and his assistants.

The result saw City falling nine points behind the Reds at the top of the table.

Speaking at his presser after the match, Guardiola dismissed any suggestion he was being ironic despite getting incensed by referee’s decisions a couple of times during the game.

“It was not sarcastic, I say thank you so much all the time,” he said.

“I said the same at the Tottenham game at home. All the time I go to referees I say thank you so much.”

Guardiola was seen thrusting two fingers in the 82nd minute to denote what he felt was the denial of a second penalty after Trent Alexander-Arnold appeared to handle for the second time in the match.

The first handball incident happened moments before Liverpool scored the opening goal through Fabinho in the 7th minute.