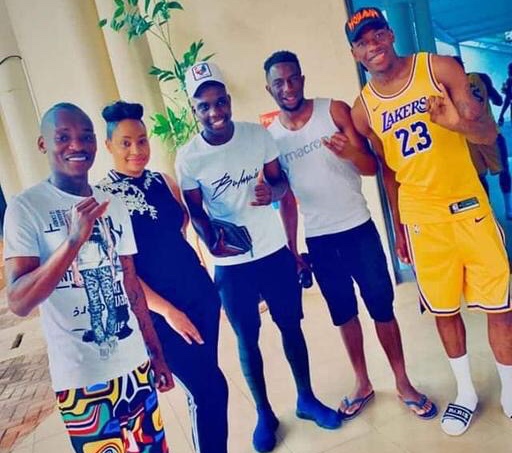 Former Warriors internationals David Kutyauripo and Dumisani Mpofu have castigated Pokello’s visit to the Warriors camp ahead of the goalless draw with Botswana on Friday.

The socialite was allowed to enter the camping venue and spent some time with national team.

As per the football norms, no outsider is allowed to hang out with the players during the camp as it’s believed it may bring distractions.

But Pokello had the privilege to socialise with the Warriors on the eve of the crucial Afcon qualifier.

The visit, however, sparked outrage with the two former players voicing their disapproval and slammed the technical team for allowing her into the camp.

Speaking during the match build-up on Classic263 FM, Kutyauripo said: “During our playing days we never encountered anything like that. A woman is not allowed in the men’s camp. It takes away the focus.”

Mpofu agreed to Kutyauripo’s comments, saying: “This kind of visit bring distraction to the players. We don’t know who brought Pokello to the camp.

“Whether it’s the manager or the coach, this is not good.”

Warriors coach Joey Antipas, meanwhile, says he is not aware who allowed the socialite into the camp ahead of the game.