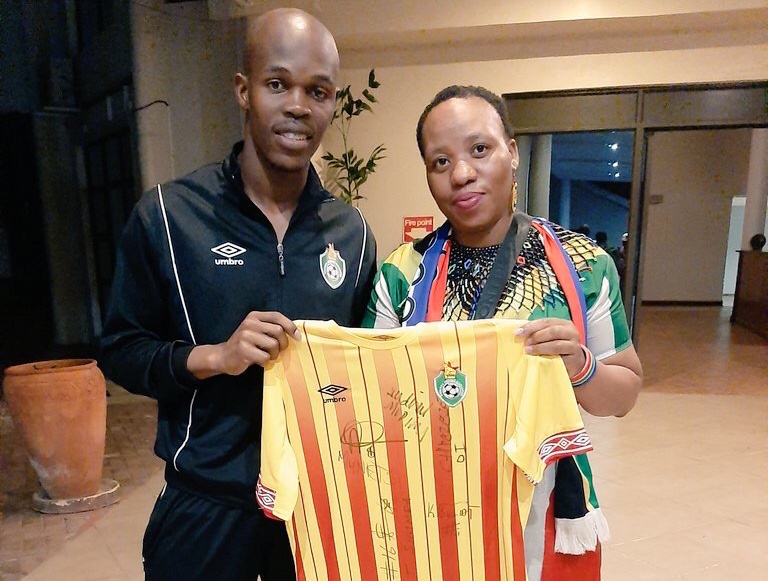 Staunch Orlando Pirates fan Lady D Iron Lady, who was in the country to cheer the Warriors against Botswana in last Friday’s AFCON 2021 Group H qualifier, returned to South Africa yesterday and described the atmosphere in the country as ‘great’.

The Bafana Bafana fan, who arrived in the country on Thursday, was hosted by Dynamos captain Edward Sadomba and his wife at their Borrowdale home.

She also spent some time with memebers of the senior men’s national soccer team, the Warriors, where she was given the team’s Umbro shirt which was signed by players including skipper Knowledge Musona, France-based Marshall Munetsi, Alec Mudimu and Khama Billiat.

Lady D also watched the Warriors in their dull goalless draw with the Zebras at the National Sports Stadium.

Responding to a question from one user on Twitter, Lady D said the atmosphere in the country was “great”.