Katsande’s absence felt as Chiefs crash out of Telkom Knockout 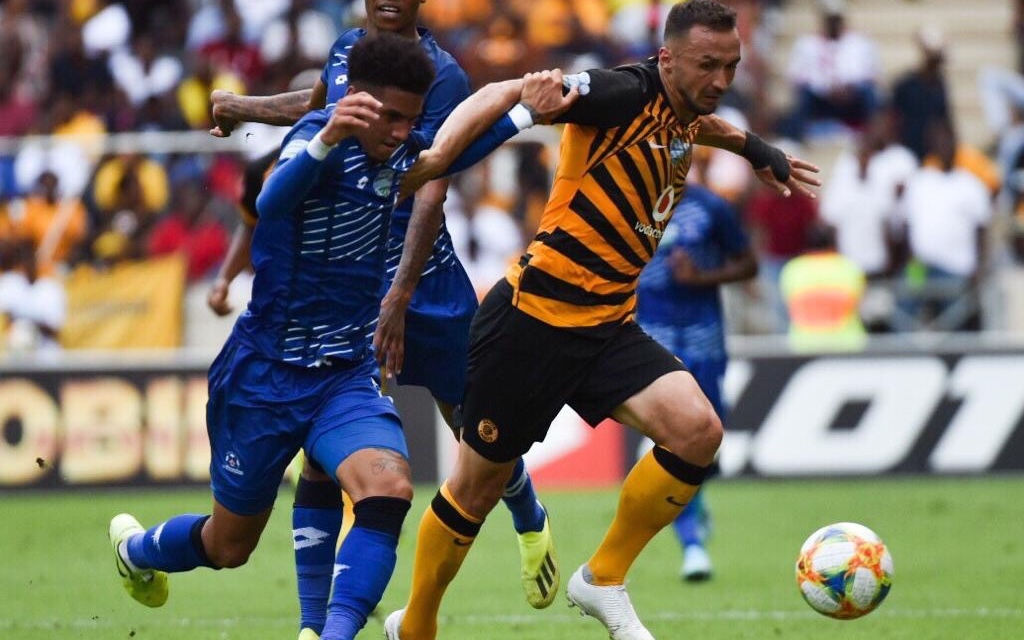 Willard Katsande’s absence was clearly felt as a vulnerable Kaizer Chiefs were knocked out of the Telknom Knockout courtesy of a 2-1 defeat to Maritzburg United at the Mbombela Stadium today.

The Zimbabwean midfielder was suspended for the semi-final clash and the Team Of Choice had a field day in the middle of the park, stamping their authority the entire game.

Eric Tinkler’s men surged ahead in the 30th minute through the impressive Judas Moseamedi when Daniel Cardoso’s misplaced pass to goalkeeper Bruce Bvuma was collected by the striker, who went past the Chiefs goal-minder to slot home the opener.

Dayon Claasen should have doubled United’s lead a few minutes later but his effort, after Chiefs’ vulnerability was shown once more, went wide off the post.

Moseamedi’s goal seperated the two sides at the interval.

Chiefs came back from the break a more determined side, playing with more urgency, but Maritzburg survived the early pressure in settling in the second stanza.

Tinkler’s men would miss chance after chance and almost paid for that when Amakhosi restored parity through left-back Yargan Sasman.

With Chiefs’ belief increasing after they equalized, Moseamadi tapped in the winner with less than ten minites remaining.

That would be the decider as the Team of Choice book a place in the final against Mamelodi Sundowns at the Moses Mabhida Stadium in Durban on the 14th of December.