Liverpool’s Fabinho out until next year 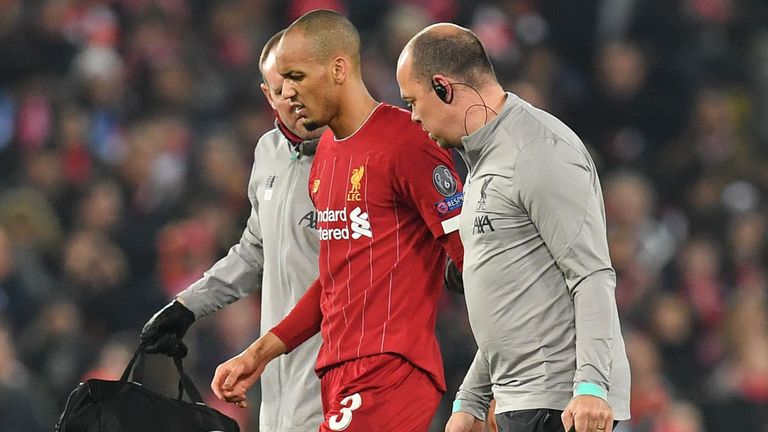 Liverpool have confirmed their midfielder Fabinho will be out for the rest of the year after suffering an injury during the 1-1 draw against Napoli in the Champions League on Wednesday.

The Brazilian who has established himself as a core member of the team damaged his ankle ligament after falling awkwardly during a challenge. He was subbed off just 18 minutes into the game.

“Liverpool can confirm Fabinho suffered ankle ligament damage during the Champions League encounter with Napoli in midweek,” reads a statement posted on the club’s official website.

“Further assessment on the injury has discovered Fabinho will be out of action until the New Year.

“The Brazilian will begin a rehabilitation programme with the Reds’ medical team at Melwood as he works his way back to full fitness.”

Fabinho’s injury is a blow to the Reds who are pursuing their first league title in 30 years. They currently lead the EPL standings with an 8-point.