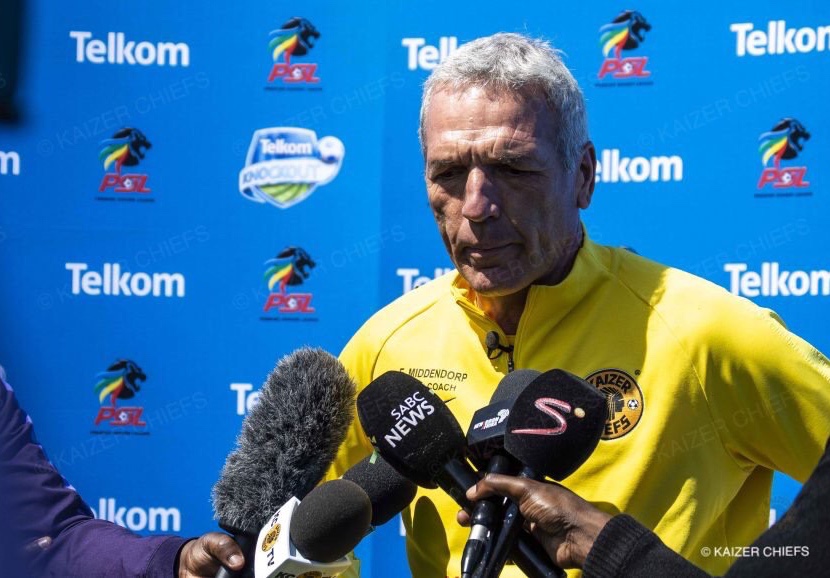 Kaizer Chiefs coach Ernst Middendorp has once again publicly criticized the Warriors technical team over talismanic winger Khama Billiat by claiming that “there is no commutation whatsoever.”

Billiat took part in Zimbabwe’s two AFCON 2021 qualfiers against Botswana (at home) and Zambia (away) scoring a brace in the latter but reportedly returned to Naturena with a tight harmstring after the international break, forcing him out of Amakhosi’s Telknom Knockout defeat to Maritzburg United.

After the Maritzburg defeat, the German coach criticised the Joey Antipas-led technical team over the maner in which Billiat was used and yesterday, Middendorp complained once more in that regard.

No, no,” Middendorp said in an interview with Soccer Laduma, when asked if there is an any sort of communication between him and the Warriors technical team.

Middendorp also made made some comparisons between the Zimbabwe technical team and their South African counterparts.

He said: “I don’t even know who is the one to talk to in Zimbabwe or Zambia, meanwhile there is a good communication with Molefi (Ntseki), the Bafana coach and with David Notoane at U23 and I think that it should be that the initiative should come out of the camp of the national team, to look in to who is injured and who has an issue,” he added.