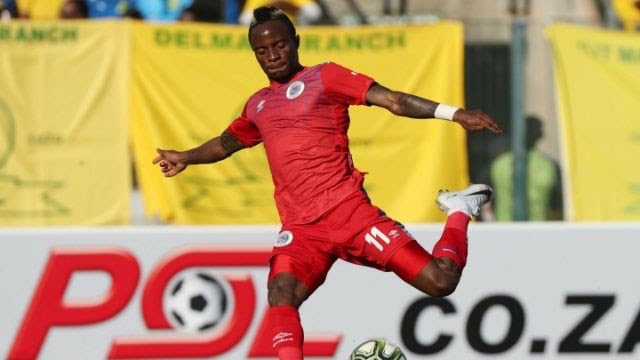 Another weekend of ABSA Premiership football flew by and here is how Zimbabwean players plying their trade across the Limpopo fared for their respective outfits.

Knox Mutizwa shot to the top of the league’s goalscoring chart courtesy of his strike from 12 yards in Golden Arrows’ 1-2 defeat to Black Leopards, which took his tally for the campaign to eight.

Kuda Mahachi’s form in front of goal continued when he scored for SuperSport United in their 1-1 draw with Stellencbosch, after also scoring for Matsansansa against Maritzburg United in midweek.  Mahachi’s compatriot Onismo Bhasera was also in the starting eleven for the Pretoria-based outfit.

George Chigova was benched again in Polokwane City’s 0-1 defeat to Ronald Pfumbidzai’s Bloemfontein Celtic. This was the third game in a row in which the former Dynamos goalkeeper was not between the sticks for Rise and Shine.  Charlton Mashumba also played in that game, and so did Pfumbidzai for Siwelele.

Elvis Chipezeze made some crucial saves in his Baroka’s goalless draw with Norman Mapeza’s Chippa United. One of the Moyo twins Kelvin, also played the entire game for the Chilli Boys.

Gabriel Nyoni returned from injury but was an unused substitute in Maritzburg United’s 0-0 draw with Amazulu in the KwaZulu Natal derby. Clive Augusto was not in the Team of Choice’s match day squad. Ovidy Karuru played for Usuthu while Talent Chawapiwa is still sidelined by injury.