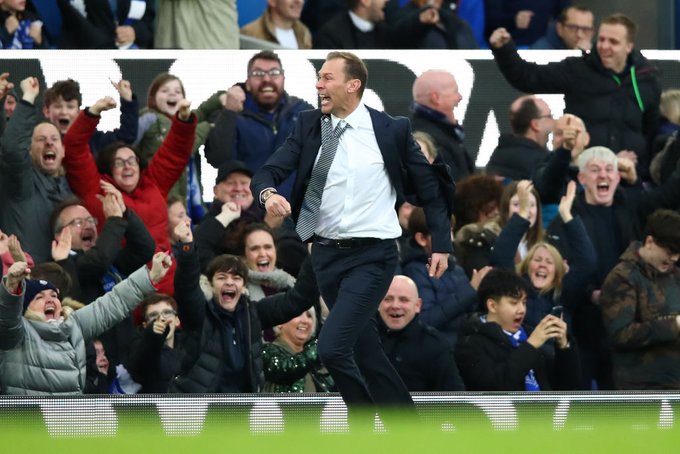 Everton finally remembered how to win when they crashed Chelsea 3-1 in a Premier League game played at Goodison Park today.

Days after parting ways with Portuguese manager Marco Silva, the Tofees needed something to rejuvenate the mood and Dominic Calvert-Lewin’s brace and Richarlison’s early strike were all they needed to come back to winning ways after the 5-2 drubbing by city rivals Liverpool at Anfield.

New Everton manager Duncan Ferguson celebrated wildly with the fans as he started his tenure on a winning note.