Pep Guardiola not ruling Man City out of title race yet 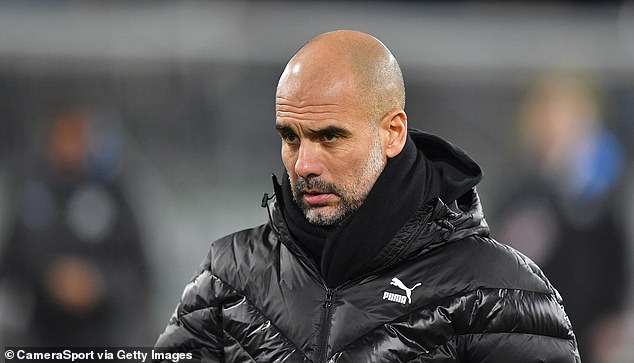 Manchester City coach Pep Guardiola says they are not giving up in the title race despite falling fourteen points behind log leaders Liverpool.

The Citizens lost 2-1 to city rivals Manchester United on Saturday as the Reds stretched their undefeated run with a 3-0 victory at Bournemouth.

“We think about what we have to do and the next game – it is not realistic to think about catching up,” Guardiola said, according to BBC Sport.

“Obviously, it is so difficult because the opponents have had 16 games with 15 victories and they are on an incredible run and sometimes we have dropped points. But our duty, and what you have to do, is continue.”

First-half goals from Marcus Rashford and Anthony Martial put United in control, with Nicolas Otamendi’s late effort proving to be a mere consolation for Manchester City.