Bulawayo Chiefs seems to be attracting more sponsors after spending two seasons in the Premier Soccer League without a lucrative financier.

The Ninjas who got promoted into the top-flight in the 2018 season relied much on gate takings and at some point struggled to keep the welfare of their players.

They lost a couple of stars to better financed clubs such as Manica Diamonds who signed Stanley Ngala at the start of the season. 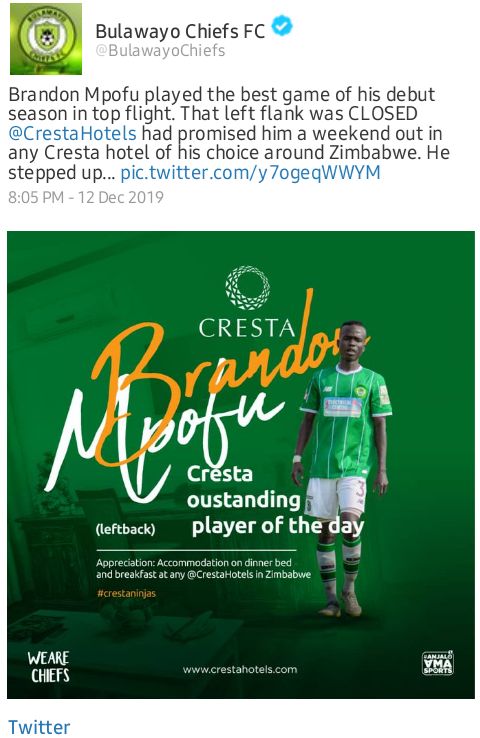 Chiefs whose principle sponsor is Electrical Centre now have Cresta Hotels on their side.

Cresta Hotels are sponsoring the Man of the Match awards and winners of the accolade spend a night at any of the company’s outlets in Zimbabwe.