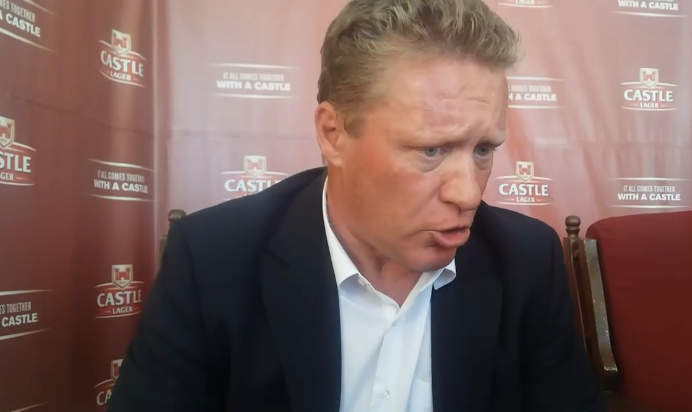 Highlanders coach Hendrik Pieter de Jongh says he hasn’t started negotiations for a new contract with the club as his current deal is set to expire at the end of this month.

The Dutchman joined the Bulawayo giants on a short term contract just to save the campaign following a horrible start to the 2019 season.

He managed to steer the team to a top half finish and also won the Chibuku Super Cup.

The gaffer is set to travel to the Netherlands on Saturday, meaning the talks will only commence when he returns only after he decides to stay at Emagumeni.