I can take Zimbabwe to the World Cup: Micho 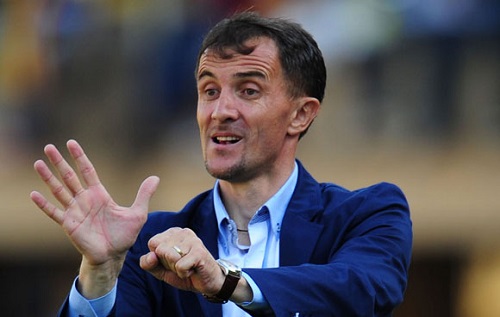 Former Orlando Pirates coach Milutin “Micho” Sredojevic says he can implement a system that will help the Warriors qualify for major tournaments including the 2022 World Cup in Qatar.

Sredojevic is among the several foreign candidates who applied for the vacant coaching job to replace Sunday Chidzambwa who resigned in August.

He is currently unemployed after being sacked by Egyptian giants Zamalek early in the month.

“I am interested in the project, not just the job,” Micho told South African newspaper Daily Sun.

“If I go there, I will come with the system and strategy that will ensure abundance in talent and quality Zimbabwe can turn into performance and results to take them to Africa Cup of Nations 2021 and World Cup 2022.”

Zifa, meanwhile, is expected to announce the substantive coach in early January.

I can take Zimbabwe to the World Cup: Micho