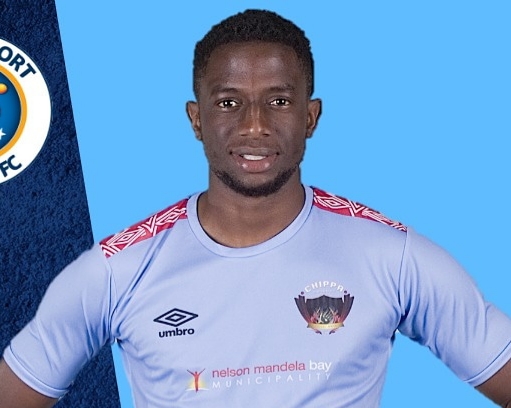 When Zimbabwean coach Norman Mapeza took over the reigns at ABSA Premiership side Chippa United, the Chill Boys were not only winless, but also bottom-placed and out of sorts.

They conceded goals every game and collected only for points as they  looked like genuine relegation condetenders.

Now, last night’s 1-0 win over SuperSport United was their 5th consecutive clean sheet in the league, the first time that has happend in their history.

One of the unsung heroes of that resurgence is Zimbabwe international defender Kelvin Moyo. The centre back has quietly excelled in defence for Chippa, developing a formidable partnership with Gerald Modisane.

The pair have been the backbone of Chippa’s success under Mapeza; the Chilli Boys have not conceded a goal after taking the lead in their 4 wins in the last 5 games.