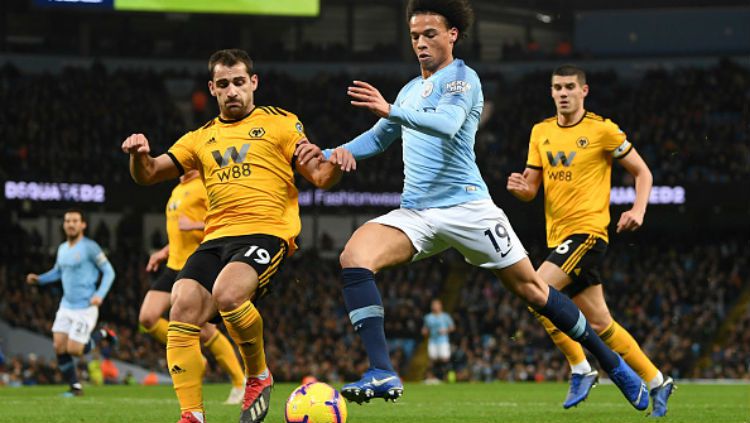 The Citizens, who were looking to respond to fellow title-chasers Liverpool’s emphatic 4-0 victory over Leicester City on Thursday night, surged ahead in the 25th minute when Raheem Sterling scored from the rebound of a penalty, which had been saved twice by Rui Patricio owing to the intervension of the Video Assistant Refree (VAR).

Sterling doubled City’s advantage five minutes after the restart as Guardiola’s charges looked to have had the three points in the bag.

That was not be however, as Adama Traore pulled one back for Wolves, which marked the start of a remarkable come back for Nuno Espirito Santo’s men .

Raul Jinamez made it 2-2 in the 82nd minute to set up a mouth-watering finale.

Matt Doherty netted the winner with a minute of regulation time remaining to compound more missery for City, who are now 14 points behind Liverpool, with the Reds having played one game less.