Villa’s Wesley likely out for the rest of the season 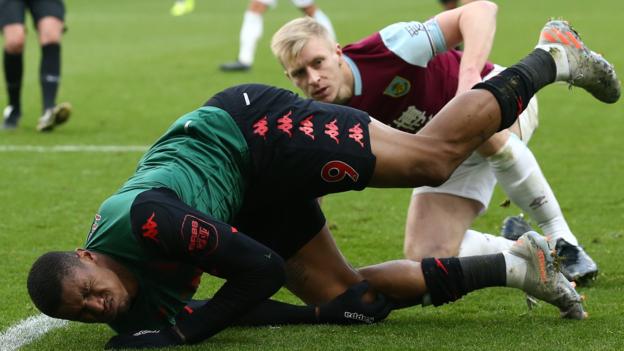 English Premier League side Aston Villa’s record signing Brazilian striker Wesley Moraes, is reportedly likely to miss the rest of the season due to an injury he picked on New Year’s Day.

The 23-year-old, who arrived from Club Brugge this year for reported record-breaking £22 million, picked up the injury in the 2-1 triumph over Burnley at Turf Moor, in which he also scored for the Dean Smith-coached side.

Wesley clashed with Burnley defender Ben Mee in the second and suffered what appeares to be cruciate ligament damages and was taken off.

He is likely, according to BBC, going to miss the rest of the season as a result of the injury as club officials have reportedly indicated.