Ancelotti reveals he lost out to Jurgen Klopp for Liverpool job 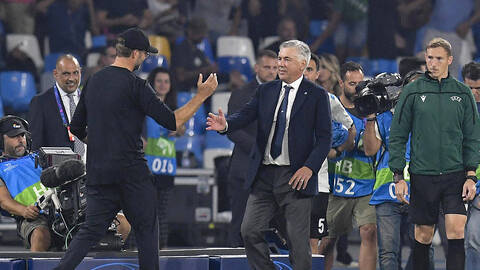 Carlo Ancelotti has revealed he lost the race to became Liverpool coach in 2015 to Jurgen Klopp and admits the club’s owners made the right decision in picking the German.

The Italian gaffer held talks with the EPL side to succeed Brendan Rodgers who had been sacked but the executive chose to appoint Klopp.

“It was after [I left] Real Madrid, I had a chat with the owner,” he said, according to Sky Sports.

“They were looking for a new manager but I think they made a right choice with Jurgen. He is doing fantastic work at Liverpool, so well done.”

Ancelotti is the only coach to beat a side managed by Klopp this season. He guided Napoli to a 2-0 Champions League victory against the European champions in September.

Now at Everton, the coach will face the Reds for the third time in this campaign in the FA Cup third round. The match will be played tomorrow at Anfield.