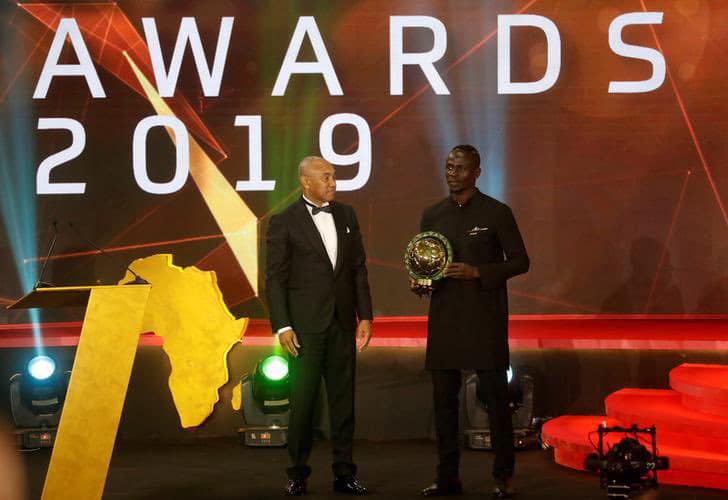 Sadio Mane has won the 2019 African Player of the Year for the first time at the CAF Awards held on Tuesday in Cairo, Egypt.

The Senegalese forward beat the competition of his Liverpool team-mate Mohamed Salah and Manchester City’s Riyad Mahrez to win the gong.

South Africa’s women national team coach Desiree Ellis is the only Southern African to win at the awards after she was named Women’s Coach of the Year.

Here is the full list of winners at the CAF Awards 2019:

Goal of the Year
Riyad Mahrez (vs Nigeria at AFCON 2019)

Special Award
Kodjovi Obilale, a former Togo goalkeeper who was injured in a terrorist attack on the team’s bus in 2010.