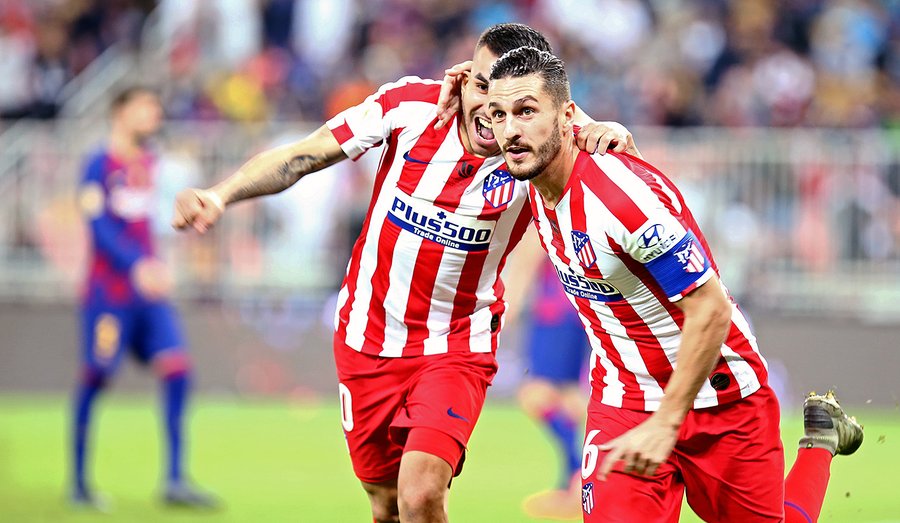 Atletico Madrid beat Barcelona 3-2 in the second semi-final of the Spanish Super Cup on Thursday night.

Diego Simeone’s men, with the underdog tag written all over them prior to kick off based on their recent record against the Catalan giants, surged ahead in the 47th minute when Koke scored, seconds after coming on.

Reigning Balon d’or winner Leo Messi restored parity for Enersto Valverde’s men less than five minutes later and then a familiar face punished Atletico, in form of Antoine Griezmann, who put Barcelona ahead for the first time on the night in the 62nd minute.

Former Real Madrid and Chelsea striker Alvaro Morata equalized for Atleti and then Correa had the final say, scoring the winner for Simeone’s men with four minutes of regulation time left of play.