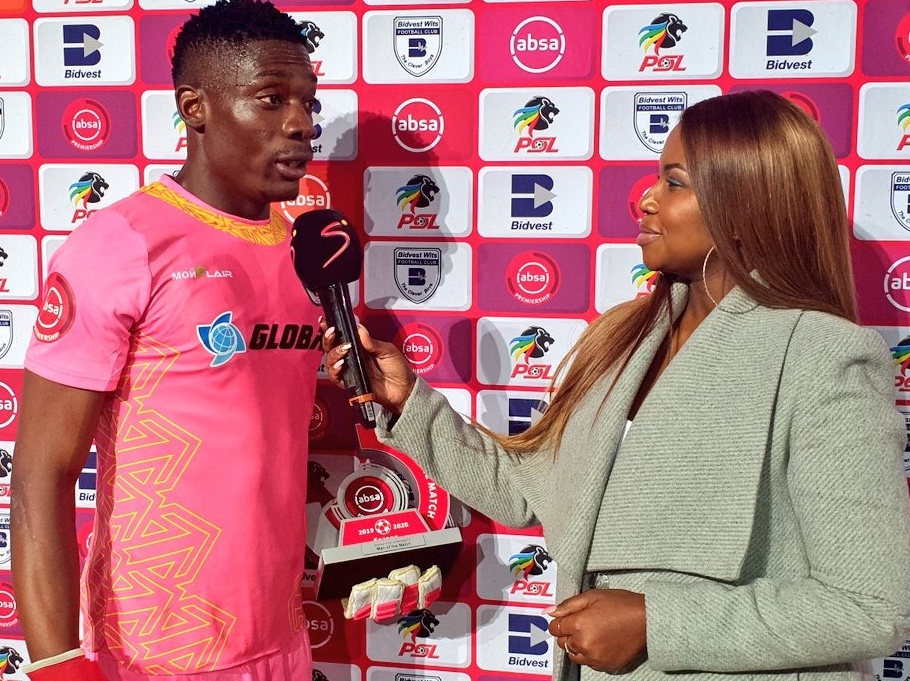 The latest installment of the Limpopo derby between Baroka and Polokwane City turned into a Elvis Chipezeze show as the Warriors goalkeeper made some fantastic saves to keep Rise and Shine at bay in the 1-0 victory on Saturday.

Man-of-the-match Chipezeze, captaining the bottom-placed side, was the difference as they ended a run of six games without a win.

Chivaro’s penalty in the first minute of the game was the only goal of the match but ultimately, Chipezeze’s brilliant display proved decisive.

“First of all I would like to thank my team mates, we have been having a difficult time, as you all know, first win of 2020 and credit must go the boys,” Chipezeze told SuperSport TV during his man-of-the-match presentation.

“When the chairman came to the hotel yesterday, he told us to sacrifice, he told us that if we get injured he will take care of the injuries, it’s a man’s game,” he answered when asked of his thoughts regarding some of his saves.