The midfielder arrived at the Birmingham-based side last on loan from Chelsea.

He will partner Brazilian Douglas Luiz and Conor Hourihane in the midfield.

Luiz will take the central position which is usually occupied by Nakamba.

Kick-off is at 6:30 Zimbabwe time and you can watch the match on SuperSport TV. 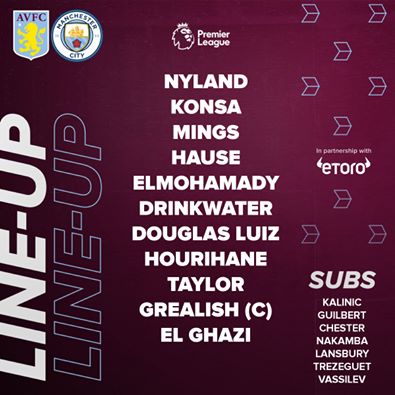