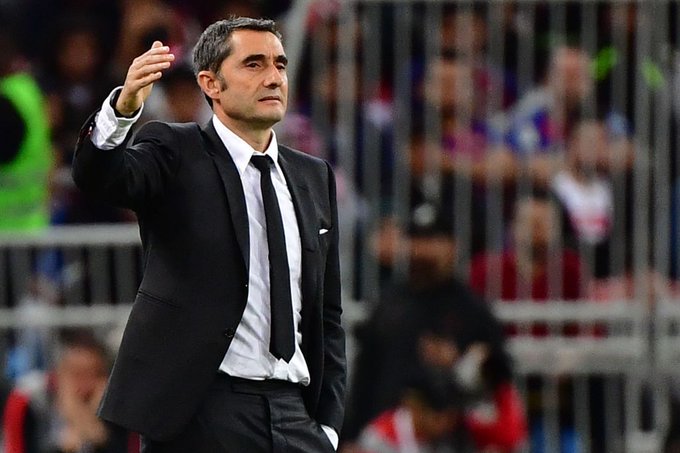 Valverde leaves the Catalan giants despite them topping LaLiga, ahead of rivals Real Madrid on goal difference.

The Spaniard had been heavily criticized since Barcelona’s embarrassing defeat to AS Roma in the Champions League quarter final in 2018 despite a 4-1 first leg lead, a catastrophe which would repeat itself when they were booted out by eventual winners Liverpool while carrying a healthy 3-0 first leg lead last season.

The Catalan giants also lost to Atletico Madrid in the Spanish Super Cup last week, which might have been the final nail on Valverde’s coffin.

The club announced his departure via a statement on their website last night.

“Agreement between FC Barcelona and Ernesto Valverde to end his contract as manager of the first team. Thank you for everything, Ernesto. Best of luck in the future,” read the statement.