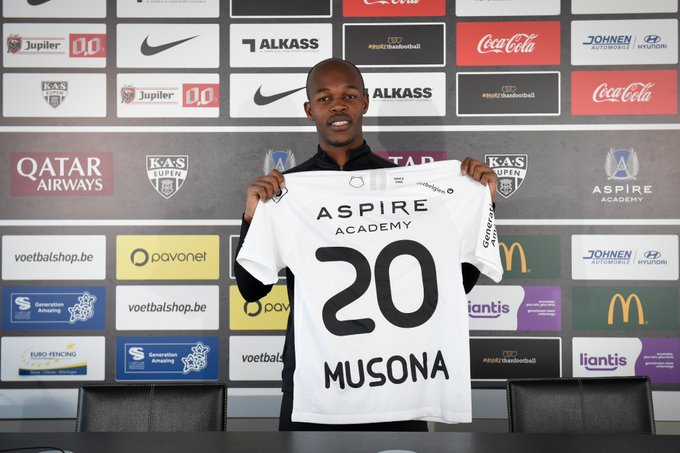 The Zimbabwean had a difficult time at the Purple & White this season, failing to break into the first team.

His transfer comes as a relief to the 29-year old who is desperate to have some game time at club level.

Speaking in his first press conference as a Eupen player on Friday afternoon, Musona said: “I got to know the club and the team during the training camp in Doha and this week in training in Eupen, and I have a very good impression.

“I feel comfortable here and I hope to get playing time and support my teammates. The friendly matches against Ajax Amsterdam and PSV Eindhoven were a good start. I am a versatile striker who can be aligned in the middle and on both sides.

“I play where the coach asks, maybe already against Charleroi, because I’m in good shape.”

Musona is expected to make his competitive debut against Charleroi in the league on Saturday.