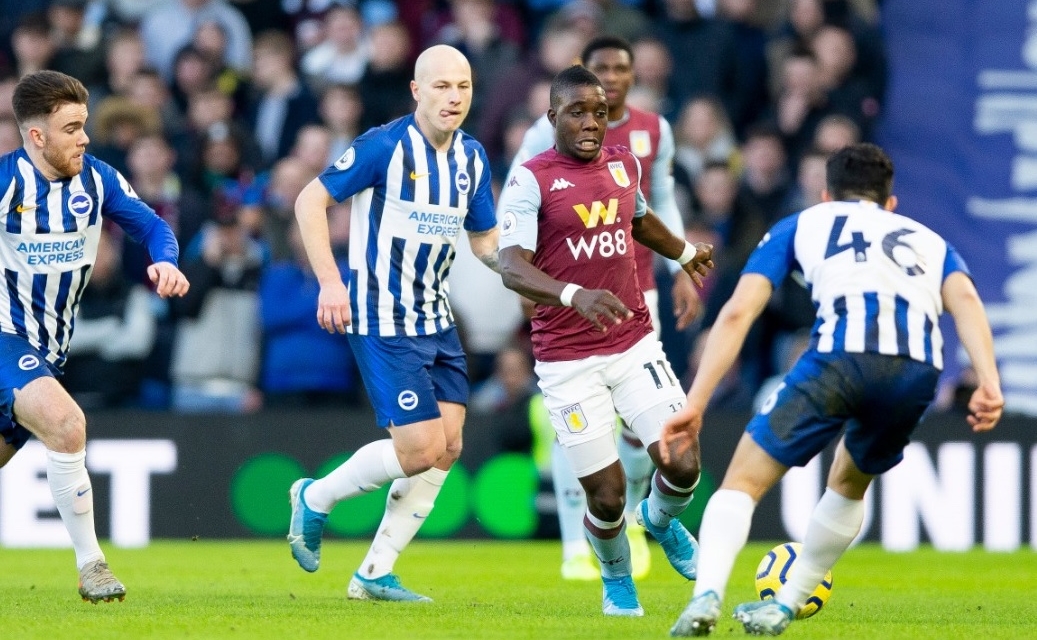 Aston Villa’s fight for Premier League survival continues after they battled to a 1-1 draw with Brighton and Hove Albion on Saturday.

Dean Smith’s men were looking to bounce back from last week’s 6-1 thumping by Manchester City, with the coach making five changes, including Zimbabwean midfielder Marvelous Nakamba, who returned to the starting line up to partner Danny Drinkwater in midfield.

Villa found themselves a goal down in the 38th when Leandro Trossad fired home past veteran goalkeeper Pepe Reina, in goal for Villa.

Jack Grealish restored parity in the 75th minute, blasting a left-footed strike home to secure a crucial point for the Birmingham-based side.

Elsewhere, Manchester City were held 2-2 at home by Crystal Palace in a drama-filled encounter.

The Citizens fells behind through a first half strike by Turkish striker Cenk Tosun but Sergio Aguero’s two late goals in quick succession seemed to have secured maximum points for Pep Guardiola’s men, until Fernandinho scored an own goal with a minute of regulation time left of play.