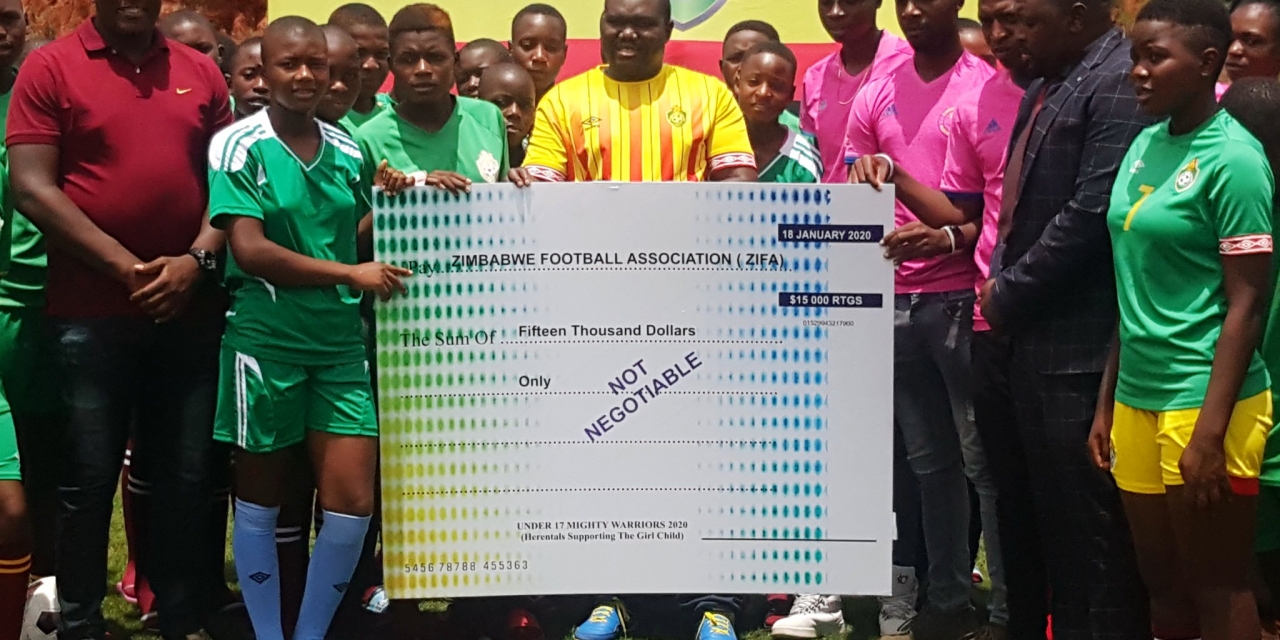 Herentals Football Club owner Innocent Benza has donated ZW$15 000 to the national women’s U-17 team, the Young Mighty Warriors, ahead of their World Cup qualifier return leg against Botswana.

Benza also donated ZW$500 per player as camping allowances for the girls, who are currently preparing for the clash at ZIFA village.

“Herentals Group of School made a generous donation of the following items to the Under-17 girls team in camp at the ZIFA village, ZW$ 15k towards camp expenses.” announced ZIFA on their Twitter page.

Zimbabwe will be looking to overturn a 5-0 deficit suffered from the first leg last week.