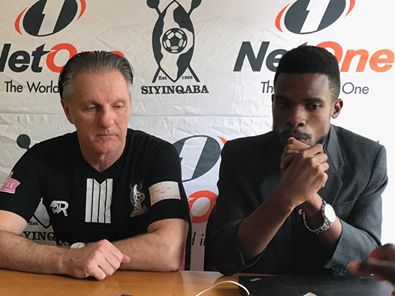 New Highlanders coach Mark Harrison believes FC Platinum have dominated the domestic football for too long and it’s high time the Zvishavane side should be stopped.

Harrison arrived in the country yesterday to take his new role at Bosso, six months after he left Harare City to return to England.

His contract with the Bulawayo giants will last until the end of 2021 season.

Speaking to the media after his arrival, the Englishman, however, couldn’t promise if Highlanders will win the league this year.

He said: “FC Platinum have now won the league three titles on the bounce, and I think they need to be knocked off the perch, it’s high time now.

“We’ve got a lot of work to do, I am not saying we will win the league, but that’s going to be the mentality.”

Harrison also hinted on signing a couple of new players for the 2020 season.

“I look at the Highlanders squad and feel maybe they need a little bit of depth and that means you can’t just work with 11 or 12 players, you’ve got to work with 18 or 20 very good players because you might have injuries and suspensions.

“You got to be able to fill those gaps with the same quality and that’s what FC Platinum have got. They’ve very good depth,” he said.