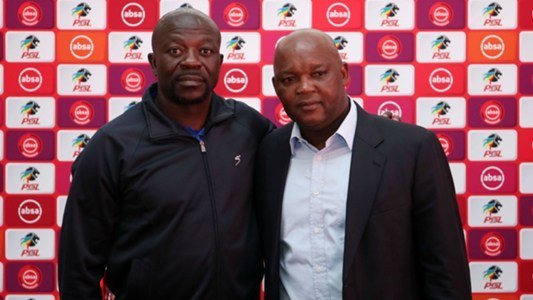 Zimbabwean coach Kaitano Tembo will lead his SuperSport United into battle today when they take on Pitso Mosimane’s Mamelodi Sundowns in an ABSA Premiership match at the Lucas Moripe Stadium.

The clash will bring the South African capital to a standstill as third-placed Matsatsantsa, who are still have a mathematical title shot, will be looking to keep it alive at the expense of city-rivals Masandawana.

Pitso Mosimane’s men, who have not won their last two consecutive league games, the latest being a 0-1 loss to Orlando Pirates on Wednesday, will know that failure to collect maximum points will be handing a big advantage to fellow title rivals and table-toppers Kaizer Chiefs.

The last time the two sides met was on September 18 2019 in the MTN8 semi-final, with SuperSport prevailing as 2-0 winners.