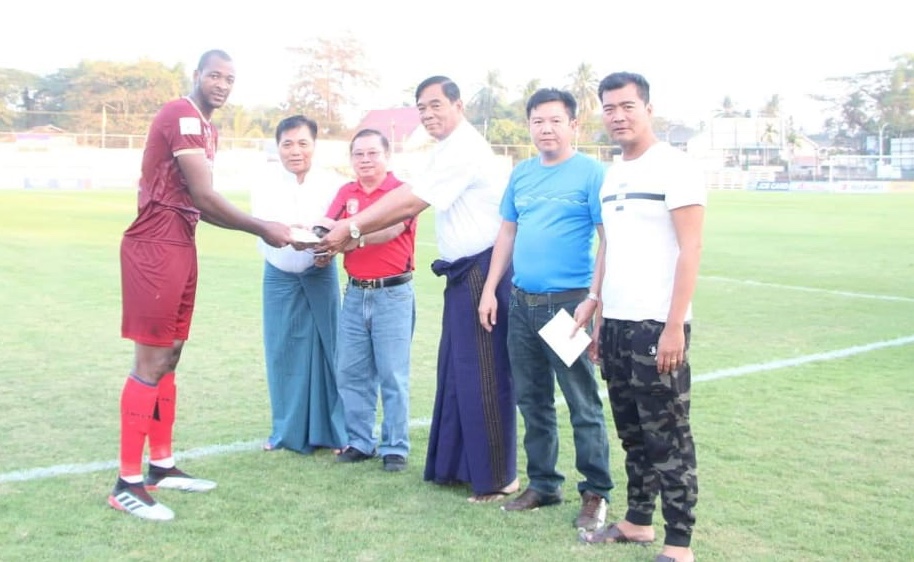 Zimbabwean defender Victor Kamhuka delivered a man-of-the-match performance in his side Ayeyawady United’s 2-1 win over ISPE FC in the Mynanmar League on Sunday.

The 29-year-old central defender, starting for his side for the second game in a row after last week’s goal less draw, marshaled his side’s defense to propel them to their first win of the campaign.

For his efforts, the big defender received $US500 as prize money for the man-of-the-match performance.