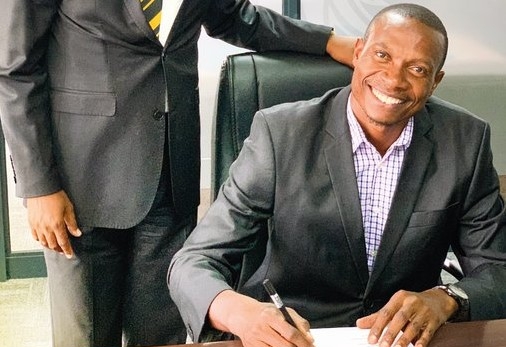 Joel Luphahla has found a new club after leaving TelOne following its relegation at the end of last season.

The former Warriors forward served as the technical director of the Wifi Boys, a position he assumed after failing to get the required qualifications to coach the team during its one-season stay in the Castle lager Premier Soccer League.

He is now the new coach of Division Two side Golden Eagles which is owned by Berry Manandi and Mike Madoda.

Golden Eagles FC is pleased to announce the appointment of Joel Lupahla as Head Coach.

“Joe brings a wealth of experience both as a former player and a coach. His refreshing approach to the game is tailor-made to suit our ambitions.” – Barry Manandi, Golden Eagles FC Chairman pic.twitter.com/o8vNDAMn7r

Luphahla replaces Gilbert Mushangazhike who missed on the promotion to the Division One on the last day of the campaign.