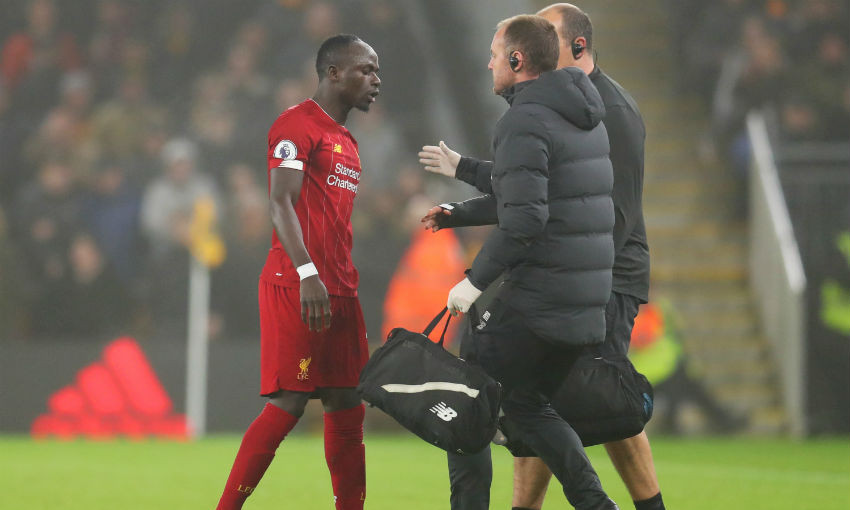 Liverpool coach Jurgen Klopp says Sadio Mane will be assessed after the Senegalese international picked up a hamstring injury in their 2-1 win over Wolves on Thursday.

The 27-year old limped off in the first half and was replaced by EPL debutant Takumi Minamino.

Speaking after the game, Klopp said: “We don’t know exactly [what the injury is], it’s the muscle. He felt something in the hamstring. We don’t know yet, obviously, we have to wait. We will see.”

The German also commented on the congested fixture schedule which is weighing too much on the players.

The Reds face three games in this coming week- with an FA Cup trip to Shrewsbury on Sunday followed by league games against West Ham on Wednesday and Southampton next Saturday.

“That’s three games in seven days which is a lot. We lost Sadio Mane (to a hamstring injury) and that’s the pressure I think about. All the rest is no pressure,” he added.