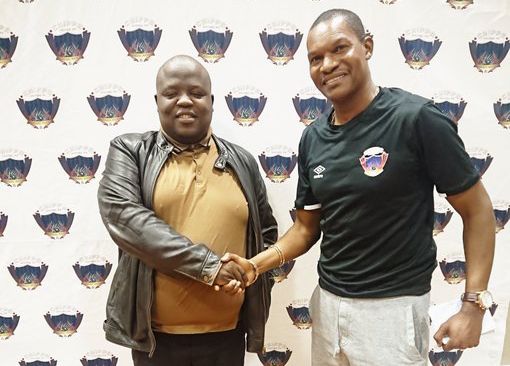 Chippa United owner Siviwe Mpengesi has likened Norman Mapeza to South African coach Pitso Mosimane after the former Warriors international took the Chilla Boys out of the drop zone in the ABSA Premiership.

Mapeza joined the Eastern Cape-based side in October last year at a time the club was struggling following a slow start to the season.

The Zimbabwean gaffer managed to steer the team to safety and also became the first side in the South African top-flight to register five consecutive cleansheet in the current campaign.

These performances have seen the 47-year old getting praises from the club owner who was speaking in an exclusive interview on Marawa Sports Worldwide show on Radio 2000 on Thursday.

“Currently, Norman is one of the top coaches, he is the Pitso of Zimbabwe,” Mpengesi said as he also explained their contract with the Zimbabwean.

“He is protected, even if we want to fire him, it won’t be easy. I’m happy (his agents) did that but, also, he must pay us a lot of money, if another club wants to take Norman, they must come with a big bag of cash.”

Asked what amount would be needed to take away Mapeza, Mpengesi said the interested club would pay R20 million to get his services.