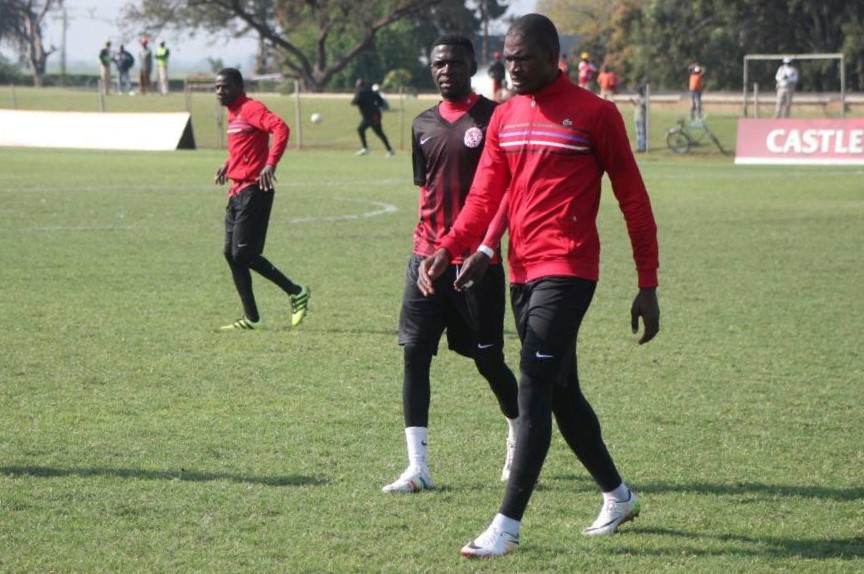 The defender underwent trials at the NFD club last month and impressed the Swallows technical bench. He was then asked to clear with Yadah first before joining the team but on his return home, he signed a contract with Dynamos.

Madzokere didn’t also inform Masango about the transfer to the Glamour Boys.

In an interview with the Herald from his base in South Africa, the agent said the former Yadah player’s attitude could jeopardise his relations with Swallows.

“I was surprised to learn through the media that Byron (Madzokere) had joined Dynamos. I am still in a state of shock,” he said.

“Moroka Swallows approached me to look for a good defender. I recommended Madzokere and brought him to South Africa for a trial stint. Inside two days, the technical bench had been impressed by his work.

“He has the right stature, work ethic and is good on the ball. That is what they were looking for and they wanted to sign him immediately. However, he had to first clear with his then team, Yadah Stars.

“Before he went back to Zimbabwe, Madzokere had agreed personal terms with Swallows and while he was in Zimbabwe, the team was finalising his contract.

“To my surprise, I heard he has since joined Dynamos. He didn’t even call me to inform me of his decision or change of it.

“It puts me in bad standing, my reputation as an intermediary, especially for Zimbabwean players, is at stake. I don’t even know what to tell Swallows at the moment. I think it is very bad for a player to act in such a manner he acted.”

Masango also revealed Madzokere had earlier failed to make the grade at another South African side, Free State Stars.

“He (Madzokere) came here in December and I took him to my place before I arranged with Free State Stars to have a look at him as they wanted a centre-back,” he said.

“He went to Free State and stayed in a hotel for two weeks but the coach said he wasn’t impressed with him. He came back to me and then I took him to Moroka Swallows and after two days their coach wanted to sign him. . . His attitude is now making me to think twice about helping these Zimbabwean players.’’

Madzokere’s relationship with Yadah also ended under a cloud with the club questioning his professionalism.