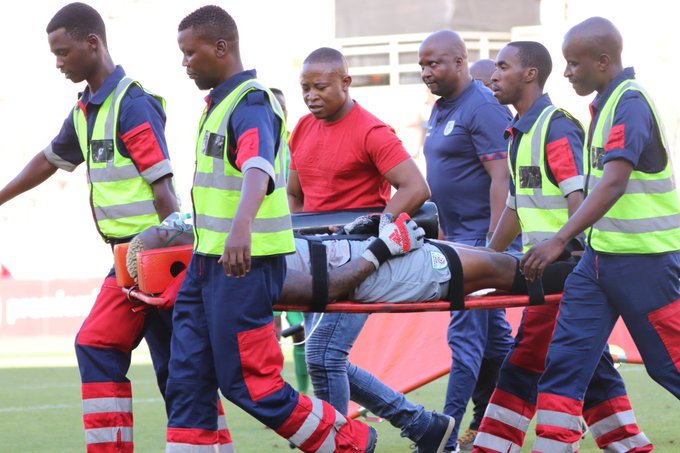 Baroka goalkeeper Elvis Chipezeze’s injury, sustained during his side’s 2-1 defeat over Maritzburg United, is not as serious as previously thought, it has emerged.

The Warriors number one clashed with Judas Moseamedi in the build up to the Team Of Choice’s equalizer in the second half and landed awkwardly and had be replaced, with the injury looking serious as he had an oxygen mask on.

However, according to South African publication Far Post, the former Chicken Inn man in not in any danger and he might actually be in contention to face Highlands Park next week.

The publication even uploaded a video of the shot-stopper looking fine with the rest of his team mates.