Musona back to full fitness, named in KAS Eupen squad

Warriors striker Knowledge Musona has recovered from the injury he suffered last week and is in KAS Eupen’s match-day squad for tomorrow’s league fixture.

The 29-year-old limped off in his side’s 1-0 win over Waasland after a collision but has been named in the squad for tomorrow’s clash against Circle Brugge.

Musona is currently on loan from RSC Anderlecht until the end of the season and already has a goal to his name, scored against Charleroi on his debut. 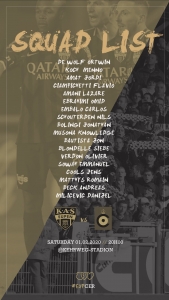