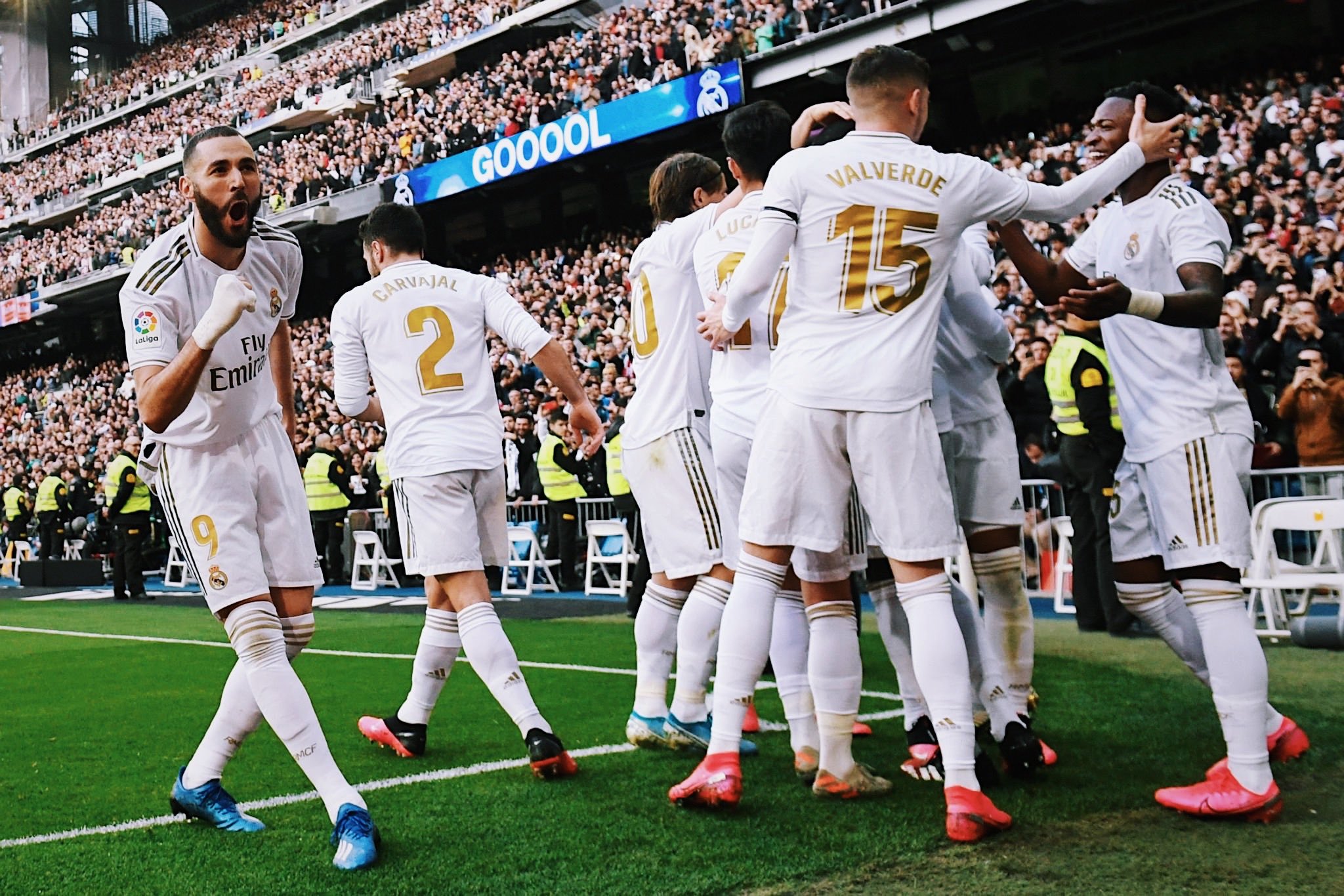 Needing three points to stay at the summit of the of the La Liga table, Zinedine Zidane’s men endured a difficult first half in which Diego Simeone’s men looked to control the game.

Nothing separated the two sides at the interval but Zidane’s change at the beginning of the second half, bringing on Brazilian starlet Vinicius and Lucas Vasquez for Isco and Toni Kroos respectively, made the difference.

It was Vinicius who teed up Benzema for the only goal of the game in the 56th minute as Los Blancos collected not only bragging rights but also vital three points.

This was their first home league win over their city rivals since 2012 and they are now 6 points clear at the top of the table.